Although essential tremor is the most frequent movement disorder, the exact pathophysiology remains unknown. The recent discovery of pathological abnormalities in cerebellum and brain stem suggests that ET may be a neurodegenerative disorder. Beyond tremor, patients with essential tremor display a wide spectrum of clinical abnormalities such as ataxia, deafness, olfactory disturbances, cognitive dysfunction and personality changes. Since the cerebellum forms closed loops with many cortical areas, non-motor clinical abnormalities may result from cerebellar dysfunction. However, some clinical evidence suggests that the processes underlying tremor and cognitive dysfunction may be distinct.

Cognitive dysfunction mainly consists in a dysexecutive syndrome. Personality changes are characterized by increased harm avoidance, i.e. patients with essential tremor are more pessimistic, fearful, shy, anxious and easily fatigued. These findings suggest a complex modification in frontal lobe function in patients with essential tremor, including aspects of dorsolateral and orbitofrontal control. Previous studies have exclusively focused on dorsolateral prefrontal control, while orbitofrontal aspects remain to be elucidated. Orbitofrontal areas are involved in processing emotion and reward, as well as normal social behavior. Dysfunction in these regions may have direct consequences in daily social life.

The present study aims at investigating cognitive functions requiring orbitofrontal control, namely decision-making and facial emotion recognition. We hypothesize that decision-making and facial emotion recognition are impaired in ET patients due to frontal lobe dysfunction which may have consequences in daily social life. The first aspect can be assessed with the Iowa Gambling Task, a simple paradigm that simulates real-life decision-making. Briefly, players are given four decks of cards, a loan of $ 2,000 and asked to play so they can lose the least amount of money and win the most. Turning each card carries an immediate reward and sometimes an unpredictable penalty. Decks A and B are the most disadvantageous leading to an overall loss of money, while decks C and D are the most advantageous with an overall gain of money. In contrast to control subjects, patients with damage of the orbitofrontal or ventromedian cortex continue to perseverate with the bad decks, sometimes even though they know that they are losing money overall.

The second aspect, i.e. the recognition of facial emotion can be assessed in a simple paradigm where patients have to choose the best fitting response among six facial expressions (happiness, sadness, fear, surprise, disgust and anger) that are presented in random order. 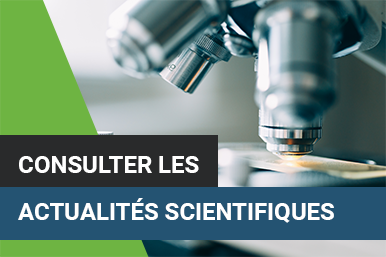